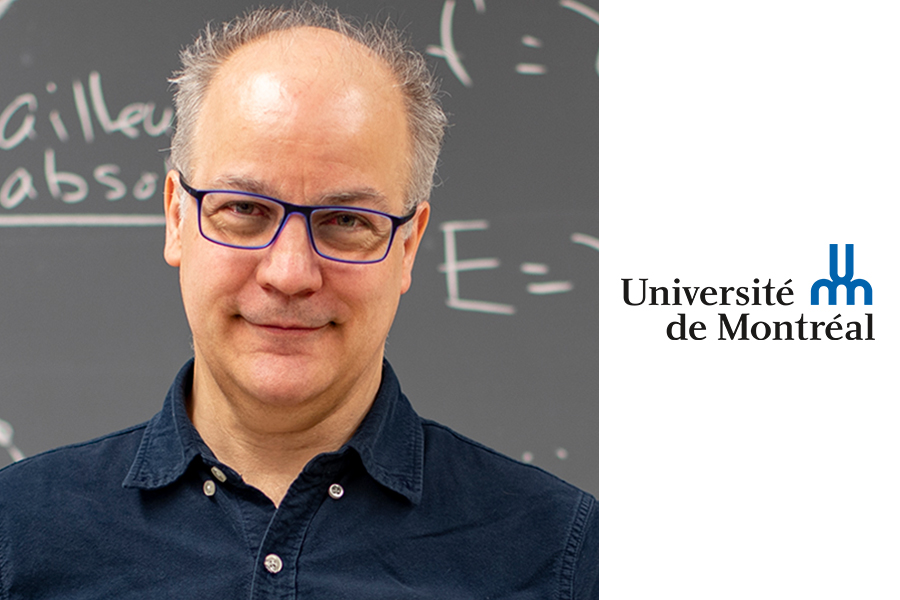 Stéphane Durand completed doctoral and post-doctoral studies in theoretical physics in Montreal and Paris. He is a professor of physics at Collège Édouard-Montpetit and a member of the Center de recherches mathématiques (CRM) of the Université de Montréal. He has also taught quantum mechanics and relativity at the Department of Physics at the Université de Montréal and École Polytechnique de Montréal. He received the Quebec Minister of Education Award for his book "La relativité animée : Comprendre Einstein en animant soi-même l'espace-temps" (3rd edition, Belin, 2014). He received an Excellence in Teaching Award from the Department of Physics at the Université de Montréal, as well as the First Prize in the International Poster Competition of the European Mathematical Society as part of the World Mathematics Year (posters used and adapted in a dozen countries). He has also published the book " Les carnets insolites du prof Durand " (Flammarion, 2015), inspired by his 150 radio chronicles on Radio-Canada during 4 seasons. Recently, he designed a mini-exhibition on "Time according to relativity", an integral part of the exhibition "Eternity: human dreams and realities of science" presented at the Saguenay Fjord Museum in 2017.