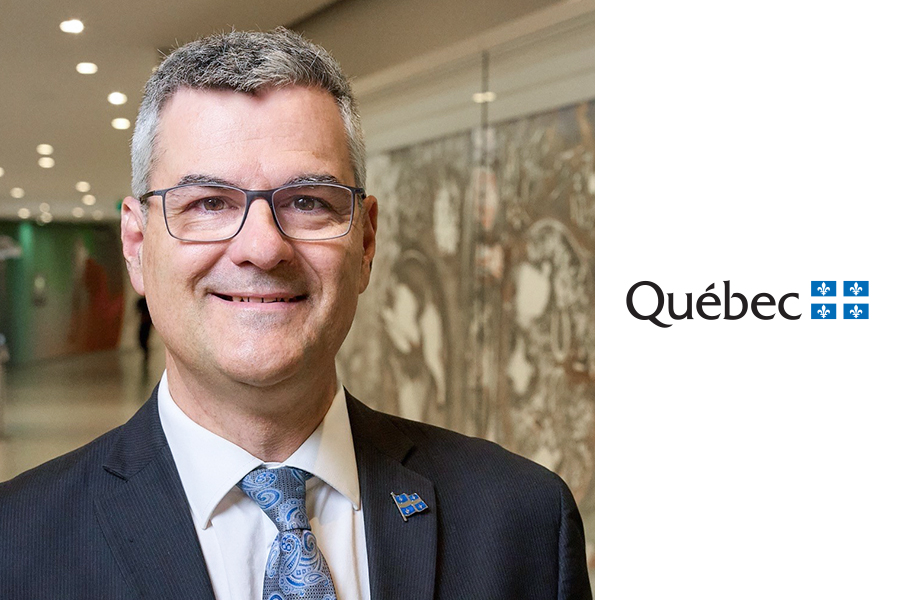 Mr. Eric Caire was appointed Minister of Cybersecurity and Digital Affairs on January 1, 2022. The first politician to head the Ministry of Cybersecurity and Digital (MCN), he has also served as Minister responsible for Access to Information and Privacy since January 2021, in addition to serving as Deputy Government House Leader since November 2018. Most importantly, he has proudly represented the riding of La Peltrie as an MP since March 2007. Mr. Caire is well versed in the issues facing his new ministry, having served as the Minister for Government Digital Transformation from October 2018 until the creation of the CNM. During the same period and simultaneously, he was entrusted with the position of Vice-President of the Treasury Board. A member of the Quebec National Assembly since 2007, he was the spokesperson for the second opposition group on the efficiency of public administration for four years. In addition, he has served on several committees, including the Committee on Public Administration. A computer scientist by profession, Mr. Caire has many years of experience as a programmer-analyst and as a college computer science teacher. His career path has made him a seasoned minister who is always on the lookout for technological developments.