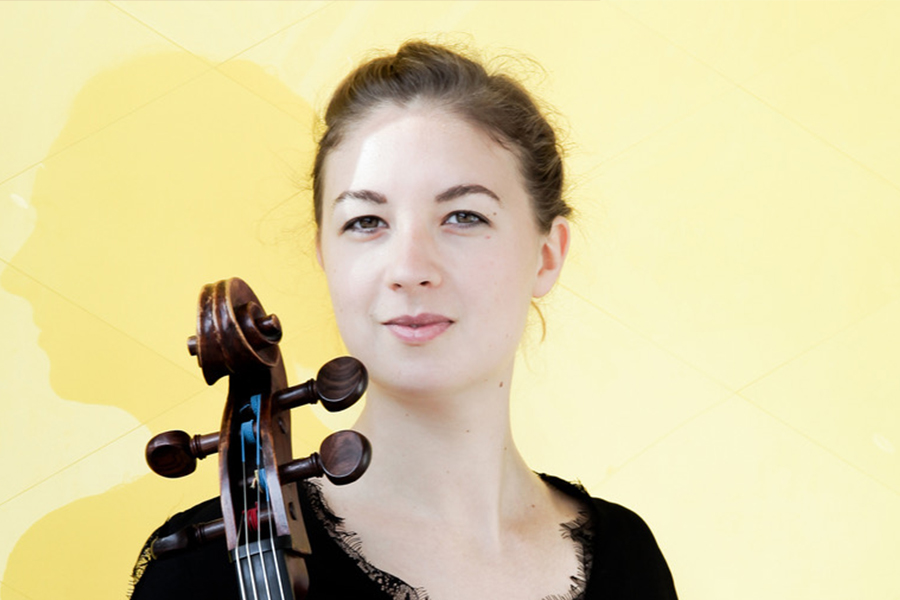 Armance Quéro is cellist co-soloist of the Marseille Opera Orchestra since June 2019. She is the godmother of "Musiques en Montravel", a festival created in the summer of 2021 in the Purple Perigord. As a soloist as well as a chamber musician, she recorded a sonata disc "Jeux à la française" with pianist Joseph Birnbaum, released in 2017 by Etcetera records to critical acclaim. She is a member of several ensembles and has played alongside Svetlin Roussev, Alexander Paley, Sébastien Vichard, Nicolas Dautricourt, Sonia Wider-Atherton... At the 2017 Colmar Festival she played as a soloist under the direction of Frank Braley with the Wallonie Chamber Orchestra of Brussels. Curious by nature, she makes as well contemporary music (creation at Ircam of Mosaïque, piece for cello and electronics by M. Stanczyk) as more atypical projects (she participates notably in the tour of Lambert Wilson sings Montand). She is a member of the cello quartet " les Serioso Celli ", with whom she frequently performs. After studying at the Paris Conservatory with Roland Pidoux and Xavier Phillips in 2012, she attended Miklos Pérenyi's classes at the Liszt Academy in Budapest and then joined Gautier Capuçon's Class of Excellence at the Fondation Vuitton in Paris. She has already distinguished herself in several international competitions, notably by winning the 3rd Prize at the Belgrade International Competition in 2010. She is a laureate of the Société Générale, the Adami and the Fondation de France.