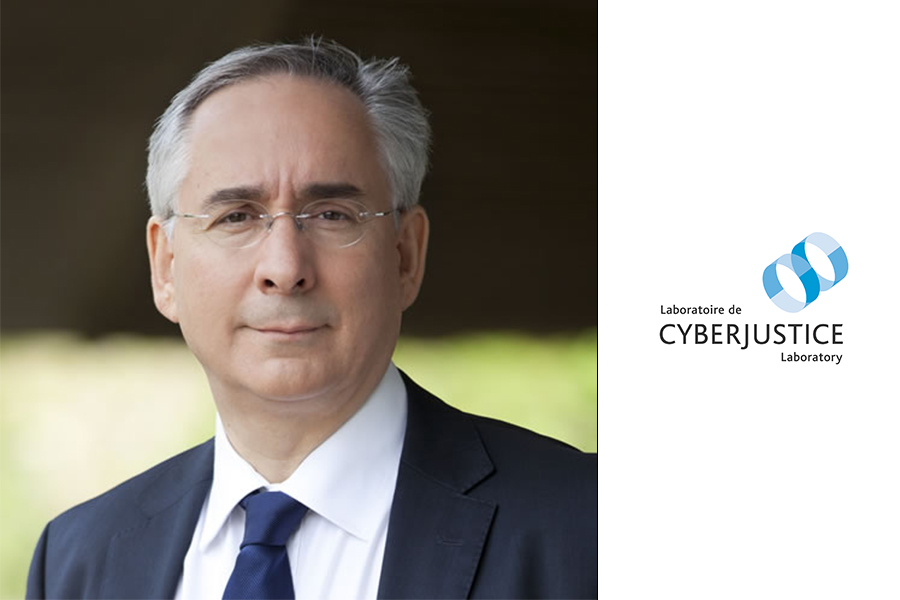 Karim Benyekhlef has been a professor at the Faculty of Law of the Université de Montréal since 1989. He has been seconded to the Centre de recherche en droit public since 1990 and was its director from 2006 to 2014. He was the director of the Regroupement stratégique Droit, changements et gouvernance, which brings together some fifty researchers, from 2006 to 2014. He was also Scientific Director of the Centre d'études et de recherches internationales de l'Université de Montréal (CÉRIUM) from 2009 to 2012. He is currently the director of the Cyberjustice Laboratory, which he founded in 2010. The Cyberjustice Laboratory was awarded the Prix Mérite Innovation by the Quebec Bar in 2015. He has held the LexUM Research Chair in Legal Information since October 2014. He received the Advocatus Emeritus distinction from the Quebec Bar in 2016. He was the 2019-2020 holder of the Alexandre Koyré Chair of Excellence. He is co-leader of the Law, Cyberjustice and Cybersecurity Axis at OBVIA (International Observatory on the Societal Impacts of AI and Digital). He now leads the project "Empowering Judicial Actors through Cyberjustice and Artificial Intelligence" (AJC Project) as part of the SSHRC Partnership Program (2018-2025). This project aims to put artificial intelligence (AI) at the service of litigants and judicial actors to increase access to justice. AJC brings together, for 7 years, a multidisciplinary and international team composed of more than 50 researchers and 42 partners representing research centers, public institutions, legal professionals, civil society representatives and private sector actors.