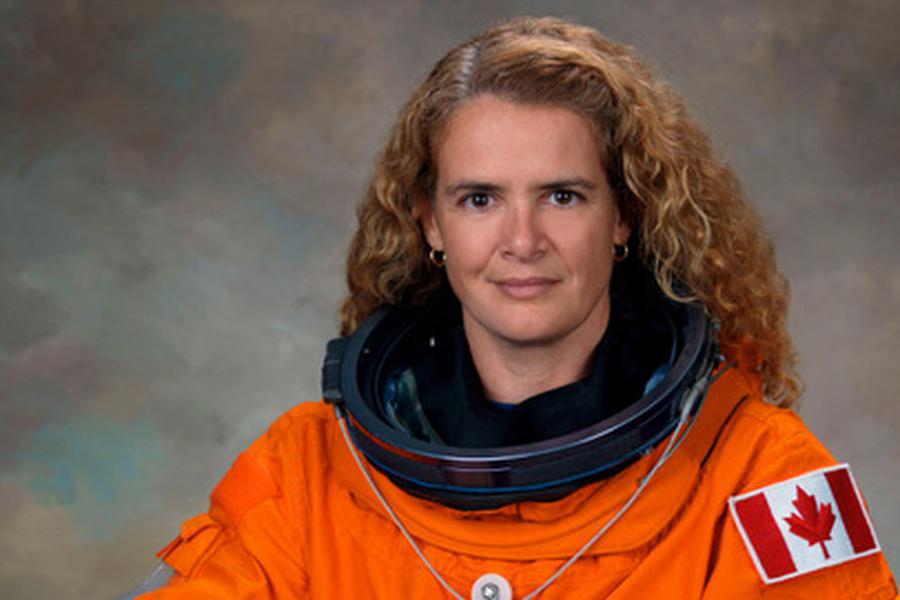 From 1992 to 2011, Julie Payette worked as an astronaut and flew two missions in space. She also served many years as CAPCOM at NASA’s Mission Control Center in Houston and was Chief Astronaut for the Canadian Space Agency. Following her space career, she became active in the development of public policies and promotion of science and technology. From 2011 to 2016, she was a scholar at the Woodrow Wilson Center in Washington DC and CEO of the Montreal Science Center. She also served on numerous public and non-profit boards, was a member of the women in sports commission of the International Olympic Committee and produced scientific outreach short programs on Radio-Canada. Julie Payette iserved as Canada’s 29th Governor General from 2017 to 2021. Ms. Payette is a member of the Ordre des ingénieurs du Québec and the International Academy of Astronautics. She has obtained a Bachelor of Electrical Engineering from McGill University, and a Master in Computer Engineering from the University of Toronto. Julie Payette has received many distinctions and holds 28 honorary doctorates. She is a Knight of the Ordre national du Québec. and a Companion of the Order of Canada.