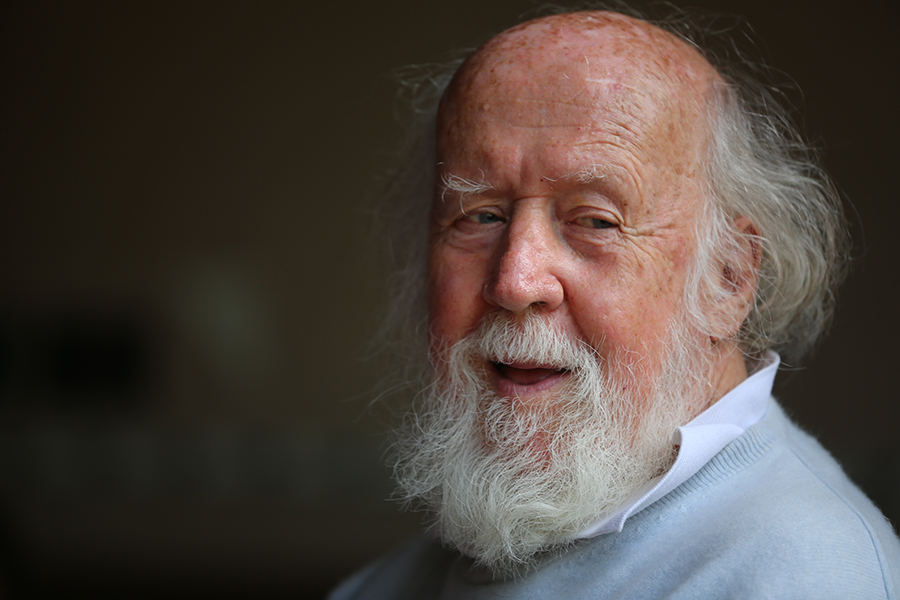 Hubert Reeves is a French Canadian astrophysicist and popularizer of science. He obtained a BSc degree in physics from the Université de Montréal in 1953, an MSc degree from McGill University in 1956 with a thesis entitled "Formation of Positronium in Hydrogen and Helium" and a PhD degree at Cornell University in 1960. From 1960 to 1964, he taught physics at the Université de Montréal and worked as an advisor to NASA. He has been a Director of Research at the Centre national de la recherche scientifique since 1965. In 1994, he was made Officer of the National Order of Quebec. He was promoted to Grand Officer in 2017. His most important publications include: Patience dans l'azur (1981) and Poussières d’étoiles (1984), Là où croît le péril… croît aussi ce qui sauve (2013), Le Banc du temps qui passe (2017).