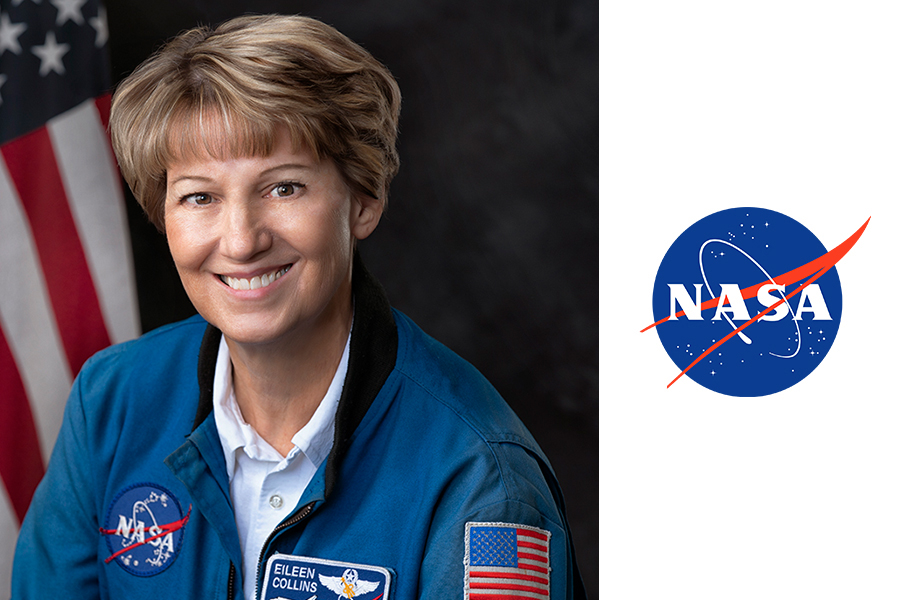 Eileen M. Collins is a former astronaut and a retired U.S. Air Force colonel. A former military instructor and test pilot, Collins was the first woman pilot and first woman commander of a space shuttle. She received a bachelor’s degree in mathematics/economics from Syracuse University in 1978, where she was an Air Force ROTC Distinguished Graduate. She has earned a master of science degree in operations research from Stanford University in 1986, and a master of arts degree in space systems management from Webster University in 1989. Her career included tours as a T-38 instructor pilot, a C-141 aircraft commander, an assistant professor in mathematics at the U.S. Air Force Academy, and a graduate of the USAF Test Pilot School.Collins piloted space shuttle Discovery in 1995 and Atlantis in 1997. Collins became the first woman commander of a U.S. spacecraft with shuttle mission Columbia in 1999, the deployment of the Chandra X-Ray Observatory. Her final space flight was as commander of Discovery in 2005, the “Return to Flight Mission” after the tragic loss of Columbia.Collins currently serves on several boards and advisory panels, is a professional speaker and an aerospace consultant. She is married with two children.